“David Schulkin is a rare individual who brings true kindness and depth to his work. I came to know this while serving alongside him in a therapeutic setting for nearly two years. I looked forward to hearing his creative ideas because he was always open-minded and flexible with innovative ways of doing things. David thinks outside of the box, which is so critical when dealing with the complexity of individuals seeking support in therapy. He brings skillfulness, honesty, and a very solid humanistic presence to everything he does whether riding the waves of human emotion or along the ocean shoreline. As a colleague who honors the creative spirit, I wholeheartedly recommend him as a therapist. He is brilliant and professional with a down-to-earth style.”-Kathleen Russ, MA, LMFT 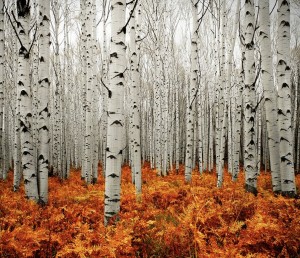 “David is a warm,funny, and compassionate human being that I would not hesitate to recommend as a psychotherapist. His intelligence and patience, coupled with his therapeutic skills and respect for clients, makes him a highly effective practitioner to whom I would trust referring my own friends and family.”-Ivan Chan, M.A., MFT
“Let me be 100% honest and transparent. I’ve never worked with David. He’s a friend of mine and as such we couldn’t ethically work together. That said, I really wish we could!
Never in my life have I met someone as grounded as David. He listens carefully and has a disarming demeanor that lends itself to his ability to lead gently.
It’s often hard to notice the moment at which he has inserted an insight for me to chew on. But, inevitably, I will realize hours later that he’s seeded a thought and that I’ve been carefully digesting and that I’ve learned something new without realizing it.
A great deal of my time with David has been spent on surfboards in the ocean. I’ve often thought that if his therapy practice is anything like his surf instruction, then he’s got to be an amazing therapist. His approach to teaching somehow manages to harvest the best aspects of confidence while being rooted firmly on grounds of humility.
I’m not saying this because I am his friend, I’m saying this becauseI really do believe that David offers a rare and valuable service. I’ve had the benefit of his time and attention and I know well that he is passionate about listening and helping.”-Peter Chester, CTO, Modern Tribe